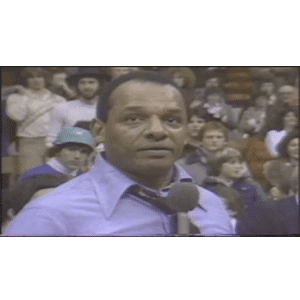 A frenzied crowd, a bad call, an intense game – a packed university arena quickly going out of control. Plastic cups, paper sacks crumpled into balls, just about anything that could be thrown by a fan zoomed onto the court. George Raveling, the Washington State Coach, did not hesitate. He grabbed the public address mic. The crowd immediately silenced. Raveling, in that tough directive voice made it clear saying something like: “Representatives of Washington State University have class. Win or lose, be decent and good.”

Exploding from within a guilty silence of the crowd came applause and cheer. Raveling’s ability to influence thousands of people to change their emotional state from one extreme to another, all within only a few seconds and with just a few words, remains in my mind an all-time image of great leadership.

The Art of Good Leadership in Action

I will never forget George Raveling’s poise, his use of authority, and his instinctive sense for doing the right thing. Even at a young age I knew then I was watching a special leader in action. But now I ask a question: What if Raveling had done nothing? The answer: His silence would have fueled an ugly state in a dangerous crowd. The referees would have continued to have been booed and vilified. Perhaps this strategy would have played to the Cougar’s ultimate advantage with a “make-up” call. But, bullying intimidation and mobocracy are cheap tactics to manipulate people, to cause them to consider a surrender, to second guess themselves, or in the case of referees, to get them to second-guess themselves the next time they need to blow the whistle.

Thank goodness Raveling chose to use his leadership talent to convert destructive behavior into positive power. Is it too simple to say that he just did the right thing? I suspect people like George Raveling see doing the right thing as a higher priority over winning. Raveling did more on that day than calm a frenzied college crowd. He demonstrated to a generation of future leaders how to stand-up for right. He taught us to focus on harmonizing differences into something useful, something good, something for humanity.

Leaders who want to do “good” strive to unite people. Our world has room for many voices, many views, many opinions. We do not need violence, or threats of violence, to advance a cause. We must stand united in the grander purposes of life and civilization. Good leaders have always been able to unify and harmonize diverse views for powerful ends.

I have never met George Raveling – someday I hope to do so, and to thank him personally for a lesson in character that he taught me as a young high school student watching a basketball game on T.V. When the crowd was wrong he stood head-on against a tide of opposite thinking, and regardless of whether it could benefit him personally or not, he led a furious crowd to a place of strength in character.

Coach Raveling just knew how to do the right thing.