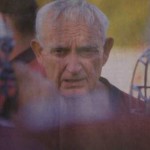 What is wrong with taking advantage of someone else’s misfortune?

My answer comes in the form of a true story about an ordinary football coach from an obscure little town in Oregon.

The late Dewey Sullivan coached at the same school for 42 years and won more games than any other high school football coach in Oregon’s history. While his skill for teaching football is legendary, it is his talent for subtly demonstrating integrity that I remember most.

Believe me, in the small town football factories across America, the pressure to win is incredibly high. Attitudes of “win at all cost” can sometimes dominate a person’s point of view. That is what makes this story both powerful and important.

The Dayton vs. Amity rivalry was intense. Where other games collected crowds in the hundreds, this rivalry amassed fans in the few thousands. One year, Dayton uncharacteristically fell behind early by several touchdowns – and the game looked out of reach.

It is important to understand during high school football games there is at least one coach on the sideline and one coach in what is called the crow’s nest (often just a small vestibule on top of a stadium). The coaches on the sideline receive important communications from the coaches in the crow’s nest and rely on their information to call plays and send in adjustments.

Being Ethical is Not Convenient

In today’s world of win at all cost, many might have taken advantage of the Amity mistake. But to Dewey, that kind of advantage was not right. He tried a number of times to get the Amity coaches’ attention and tell them of the problem. When the coaches didn’t respond, Dewey said to his coaching team “turn off the radios,” and he proceeded to coach the Pirates for the rest of the game the old-fashioned way, on the sideline without the aid of spotters.

I marvel at Dewey’s simple and steady pace. Nothing ruffled him, and he never had to think very hard about decisions involving honesty, truth, integrity, or good sportsmanship. I find his behavior a pleasant contrast to much of what we see in today’s sports and business environments.

As for the game, little by little Dayton edged their way back and eventually won. What made Dewey’s decision truly remarkable though was that both of these teams were highly ranked in the state standings and were competing for a playoff position within the same league. This, coupled with the already intense pressure to win, could have driven many normally good people to make the wrong decision. Some might have argued that Dewey would have been well within his competitive rights to take advantage. But his actions remind me that leaders of integrity think and operate above the fray of wins, losses, or more profits.

I knew Dewey well. I played for him, I coached under him, I had sons who played on his team. I can tell you he knew how to win, he knew how to coach, and he knew how to make just the right adjustment at the right time. But the one thing he knew that I now appreciate more than anything else, is he knew that a coach is a leader with great responsibility. Winning the right way matters and conducting oneself with personal integrity has an enduring influence. The impact of that simple decision showed both his team and a whole community that there are boundaries of integrity good leaders just do not cross. 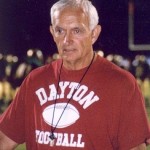 I found this video the other day and felt I would like to add it to this post. This is a profound story explaining our personal responsibility with honesty and integrity.