A Lesson from the Life of John Wooden

Many years ago I read a book written by Andrew Hill and John Wooden entitled Be Quick But Don’t Hurry. Coach Wooden knew about building winning teams, nurturing talent, and creating lasting relationships. For those who don’t know about John Wooden, this single statistic may be the most recognizable – as the basketball coach for UCLA his teams won 10 NCAA championships in 11 years. Leaders teach, and here are Wooden’s four-steps that can be replicated in our own leadership work.

Leaders provide a clear demonstration of what and how something is to be accomplished. In basketball, this often requires the coach to “show” how something is to be done. Verbalization alone is not enough. Good leaders show how to do a skill by doing it themselves, by drawing it on the whiteboard, by using metaphors, stories, examples, and keywords to invoke in the mind of the follower the concept being instilled.

Leaders provide a way for followers to practice by imitating the demonstration. This is done in a safe environment where it is ok to make mistakes and try the new skill.

Leaders use the imitation phase to correct so that the follower can get the skill in place with precision. Correction must be positive and encouraging so that followers are encouraged to try new things, to move out of their comfort zones. Yet, correction must be done to assure the skill is being learned properly.

Once the skill is understood and precision is achieved so that no bad habits creep in, the skill is then repeated over and over until it becomes a part of normal behavior. Repetition fosters true learning.

The Lesson for Leaders? 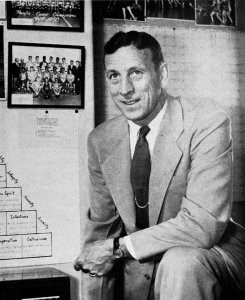