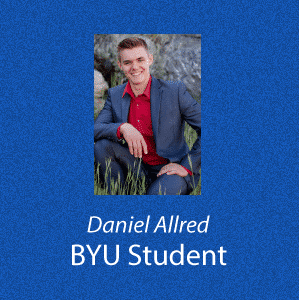 A Wrinkle in Time

Daniel is a Junior at Brigham Young University from Centerville, UT, studying Business Management. He greatly enjoys learning and is excited to be studying something that he loves. His career interests include working for companies that align business opportunities with social impact. His love of service has given him opportunities to serve in different capacities around the world.

Why I Chose A Wrinkle in Time

A Wrinkle in Time is a classic novel that introduces introspective questions about agency and its role in our lives. L’Engle weaves a story wrought with heartaches and triumphs, imagination and reality. It’s a unique story that brings us to analyze our deepest beliefs about right and wrong, while also introducing the reader to many modern business principles such as teamwork, motivation, and mentorship. This paper reviews A Wrinkle in Time from an HR perspective and identifies two principles of how to effectively capitalize on human resources in an organization.

A Wrinkle in Time illustrates the journey of a group of children through space and time to rescue their father and friend from an evil force referred to simply as “IT”. As they travel across planets they’ve never even imagined, they learn things about themselves and the universe they live in. Their mysterious guides demonstrate a remarkable ability to transport them almost instantaneously across incredible distances, providing the children with the opportunity to see parts of the universe already under the manipulative influence of IT. Their adventures take them on a path of self-discovery and help them learn to use their specific talents to save their father and friend and return home safely.

Because of the difficulties they experience, the children learn important lessons that are applicable to the world of HR today. These lessons include the importance of having a mentor to guide your progress and the need for today’s managers to focus on using strengths effectively instead of correcting weaknesses.

Having a mentor accelerates growth and increases productivity

Meg, Calvin, and Charles Wallace are young and inexperienced. They receive guidance from Mrs. Who, Mrs. Whatsit, and Mrs. Which throughout their entire journey. These are beings who are already experienced in the fight against IT and know both what is at stake and what abilities are required for success. Without experienced mentors, it would have been impossible for Meg, Calvin, and Charles Wallace to overcome the major obstacles that they faced. Their mentors provided them with counsel and resources that empowered the group to achieve more of their potential. After significant effort, one group of researchers declared, “Well-designed mentoring programs have demonstrated impressive power to improve the lives of young people” (Hamilton).

In the workplace, the value of a great mentor is irreplaceable. Having someone more experienced who can give you guidance in the workplace can accelerate your career and increase your productivity. Many businesses implement formal mentoring programs, but whether or not formal mentoring is implemented, many employees find that having a mentor helps them adjust to their new work environment and advance more quickly in an organization. Research suggests that “Individuals with a mentor advance further, faster, and experience fewer adjustment problems than those without mentors” (Young).

Great managers are not troubled by the fact that there is a limit to how much they can rewire someone’s brain…It’s better to help someone understand his filter and then channel it toward productive behavior (Buckingham 83). A scene from A Wrinkle in Time, as the children prepare for the conflict with IT, demonstrates this concept of focusing on strengths instead of weaknesses. Each of the children is given a gift, but Meg is surprised when she is given “her faults”. Mrs. Whatsit reassures here that “they’ll come in very handy” (L’Engle 96). As she struggles against IT’s power throughout the remainder of the book, Meg realizes that her impatience, immaturity, intelligence, and feisty attitude, all of which she had perceived as her “weaknesses” could be used to resist IT. She had spent so much of her life trying to correct her “faults,” that she had missed the inherent value in them.

Modern managers face the same conflicting paradigms that Meg encountered. Often managers struggle to see how the weaknesses in their employees can be used productively. The truth is, however, that all people are imperfect, and every employee is bound to have faults that could potentially impede productivity. The difference between an average manager and a great manager is that the great manager learns to place people in roles where their faults can actually be used as strengths (Buckingham 149).

Why I Encourage Others to Read This Book

A Wrinkle in Time is a beautifully written classic novel filled with suspense, struggle, and triumph. It clearly presents a battle between coercion and freedom, and provides thought-provoking insights into the ramifications of both leadership styles. By reading this story, the thoughtful reader gains insights into the importance of having a mentor and focusing on using your strengths effectively. Children, parents, students, and business executives could all benefit from reading this enchanting story, and because of this I think that A Wrinkle in Time should be made required reading in schools across the nation. I would recommend A Wrinkle in Time to everyone who loves literature and life-long learning.