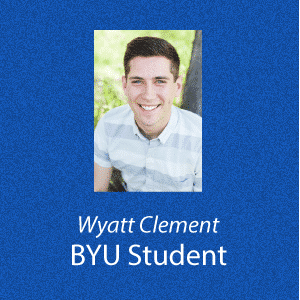 Wyatt Clement is an undergraduate student from Austin, TX, studying Organizational Behavior/Human Resource Management at Brigham Young University. Wyatt is planning to start his career as an HR generalist before earning an MBA, after which he hopes to pursue a career in HR management.

Animal Farm is a satirical allegory written by George Orwell in 1945. The story mirrors the history of communism in Russia, and it is regarded as a meticulous masterpiece for its accurate portrayal of the characters, events, and outcomes of the Soviet Union. The informal proposition of Animal Farm is to consider the dangers of tyranny in leadership and to make moral character an attribute of principal importance in life.

In this story, Orwell uses farm animals who realize their unfortunate circumstances at the hand of the farm owner as a depiction of the awakening and subsequent rebellion that took place in 20th century Russia. After the animals initiate a rebellion and take over the farm, the pigs rise as the natural leaders of the revolution. They establish commandments that will keep them from ever becoming like the morally degenerate humans who abused them for so many years.

Snowball and Napoleon, the pigs who represent Leon Trotsky and Joseph Stalin, preach communal reward for all animals in an effort to unite all four-legged creatures to work for the benefit of their utopian society. Very quickly, however, the pigs begin to use their authority to gain special privileges. As they continue to develop as a society, Napoleon expels Snowball and becomes a compulsive dictator, completely void of all moral principles. Over the years Napoleon reduces the food portions and other general privileges of the animals, while rewarding his elite group of friends. After just one generation of animals the conditions on the farm are almost indistinguishable from the time before the rebellion.

Duplicity is a quality that seems to be timelessly tempting in leadership. Napoleon, the trailblazer for animal rights in Orwell’s fable, slowly becomes what he claims to hate as he exploits the the power he gains over the other animals. This self-deception begins as he reasons that in order to properly function as a leader of the animals, he must sleep more comfortably, eat better food, and reduce stress through alcohol consumption. Misleading reasoning gradually infects Napoleon’s mind into thinking that he deserves more than other animals because he is better than other animals.

The same temptation can come in management and executive-level roles in business. In his commencement speech at Saint Anselm College, former Tyco International CEO Dennis Kozlowski said, “you will be confronted with questions every day that test your morals…think carefully and, for your sake, do the right thing, not the easy thing.” Kozlowski was charged with tax evasion 17 days later, and he was subsequently charged with fraud for spending billions of company dollars in personal consumption (Petras, 2003, p. 145). In a research white paper from the Center for Creative Leadership (2012), researchers concluded that integrity is a blind spot for many C-level executives (CCL, 2012, p. 10). This lack of moral awareness may be caused by an absence of personal feedback from subordinates and an abundance of overpowering confidence from years of promotion and aggrandizement.

HR Lesson 2: The Importance of Training and Development

One reason Napoleon rose to power and progressively created a class system is that there were no opportunities for the other animals to learn new skills or develop intellectually. As long as animals in leadership viewed each other animal in their current state of being, sheep remained illiterate and horses remained loyal followers.

The same situation can occur in an organization with no focus on leadership and development. If leaders look at their employees in terms of their current educational and vocational background, it is unlikely that employees will grow in ways that will bring innovation in their work. As Jack Welch once said, “an organization’s ability to learn, and translate that learning into action rapidly, is the ultimate competitive advantage” (Jack Welch). In Animal Farm we see the worst case scenario, where an organization’s management is so unaware of the benefits of training their workers that they become excessively aware of the personal benefits that come from a caste system of rewards.

The lessons we learn from Animal Farm are particularly valid because they are lessons that go beyond the pages of a book about animals. They are lessons learned from an empire with leaders who preached human equity while murdering tens of millions of their own citizens.

Although employee homicide may not be a large problem in corporate America, ethical leadership is. From reading Animal Farm I’ve learned that the test of a leader is accepting the moral responsibility to act with integrity in pressured situations. The shortage of leaders who spend quality time investing in their people is also an issue that needs addressing. Leaders should be driven by the sphere of their influence rather than the magnitude of their authority. Alexander the Great said “I had rather excel others in the knowledge of what is excellent, than in the extent of my power and dominion” (A. the Great). I believe that a study of of Animal Farm provides a valuable context for the dangers and duties of leadership, and I hope that through this simple fable modern business leaders will learn from the downfalls of leaders who have gone before.