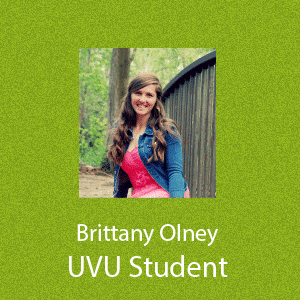 Dibs in Search of Self

Brittany is currently a junior at Utah Valley University majoring in Deaf Studies with an emphasis in interpreting American Sign Language and minoring in Business Management. While growing up in Layton, Utah she spent her time playing softball, teaching gymnastics, and constantly studying. After graduation, Brittany plans to become an American Sign Language interpreter and hopes to someday own her own interpreting agency.

Dibs in Search of Self – Introduction

Virginia M. Axline’s book Dibs in Search of Self is a powerful demonstration of the self-journey of a child to uncover his true potential. Axline wrote the book based off of interviews, interactions, and real therapy sessions she had with a real child. This true story follows the path of a child in the 1960’s who was deemed mentally retarded and helpless but was in fact a genius. From Axline and Dib’s experience, we can learn a few important lessons of effective leadership and job satisfaction.

Dibs in Search of Self – Overview

The metamorphosis of Dibs is seen through the eyes of Axline as he starts off as a child with minimal communication and frequent temper tantrums. Each week Dibs comes to the Child Guidance Center to a playroom where he plays and discovers himself while Axline observes. Over time, Dibs learns things about himself, becomes more expressive and sociable, and teaches his parents how to love again.

Dibs in Search of Self Lessons

Lesson 1: A good leader is Empathetic

The Harvard Business Review video, The Explainer: Emotional Intelligence lists five main qualities of emotional intelligence that an effective leader should have, and it lists empathy as one important quality. Our in-class discussion demonstrated the same desire for an empathetic leader when seven out of eight groups listed empathy as one of the top three qualities we desire in a leader. In the book, Dib’s parents are his leaders, however, his parents were compassionless leaders. They viewed Dibs as a burden and didn’t seem to understand how it was for Dibs to feel like no one understood him. They couldn’t make any connection with their own son and many times hired other people to work with him or take care of him. Dib’s parents are an example of poor leaders in the beginning of the story until Axline teaches them how to have compassion and connect with Dibs which results in them being happier parents.

While Dibs may not be an employee, he was a student and a child, and his job was to learn and grow. His bosses in this story can be seen as Axline and his parents. When Dibs felt that his parents didn’t believe in his abilities, viewed him as unintelligent, or made him feel unsafe, he would shut-down. He stopped learning how to socialize and act the way his parents wanted him to. When Dibs first went to see Axline, he behaved in a similar manner; until, he became comfortable with Axline and understood that her role was to empower him. Dibs then began to blossom. He behaved himself in public, he became expressive, and he began to use his intellectual ability. He became a happier child and learned more through his increased satisfaction and trust that others believed in him.

Dibs in Search of Self – Conclusion

Dibs in Search of Self is a fascinating book that can be used in leadership training or for parents looking to learn how to encourage and interact with their employees. The suppression of Dibs should be used for good in the world and be a powerful tool in helping others avoid the feelings that Dibs experienced in the beginning. Empowering your employees like you empower a learning child will increase job satisfaction and the positive culture of your company.