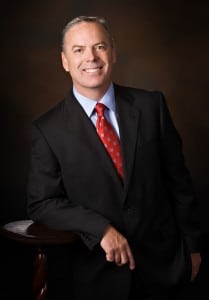 Gordon Whitehead specializes in leadership and organizational development with a particular interest in helping emerging leaders accelerate their leadership growth. His career includes 13 years in the United States Marine Corps where he served both as an enlisted man and as an officer. He left the marines as a Captain to join the Nike team where he held several positions with international responsibilities, including the Director of IT for the Americas Region. Other professional positions include:  Director of IT for Sequent Computers, Vice President for FB&B Consulting Group, and Vice President of IT Operations for CorVel Corporation. Gordon has been a head varsity basketball coach and an assistant varsity football coach for championship teams in Oregon. He received his Bachelor of Arts degree from Oregon State University in Business with concentrations in business administration and finance with a minor in Japanese. He holds a Doctor of Management degree from George Fox University and is an adjunct professor at Utah Valley University and Brigham Young University. Gordon is a published author on various leadership topics. He founded Leaders247 to advance the art of leadership by teaching, mentoring, and coaching leaders and organizations to higher performance by unlocking the capacity of their people. Gordon is married to Diane Whitehead and together they have eight children and seven grandchildren.
My Resume

VP of IT Operations for a fast moving healthcare bill review company (CorVel). Led big enterprise change, consolidated a distributed environment, implemented world-class enterprise IT that was able to accelerate service delivery, and crafted leadership development pipelines for growing future leaders. The strategic implications of this work was discussed on numerous quarterly earnings conference calls and led to scalable business growth that manifested in a 3-2 stock split.

Director of IT – Nike America’s. Led a group of 60 senior managers through redesigning $300m global central IT. During the time of explosive growth IT was critical to core business function. Forecasting, sales, design, development, manufacturing, retail, distribution, and operations were all re-aligned with innovative business process and reinforced with technology talent supporting revenue growth from $4b to $9b.

A multinational non-profit organization needed an integrated IT strategy. I Implemented two key processes: (a) strategic alignment and (b) strategic execution. Led senior IT leaders in developing an innovative strategic plan. Resulted in focused strategy execution dials, paved the way for major organizational change, and significantly improved spending efficiency for this 1000+ person IT cost-center. Resulted in business agility by being able to scale growth on a flat IT cost curve.

I was raised in a small farming community loaded with opportunity. I graduated from Dayton High School, Dayton, Oregon in 1980 having served in student government and receiving multiple varsity letters in four sports (football, basketball, baseball, and golf). We had many journeys to the state tournaments. 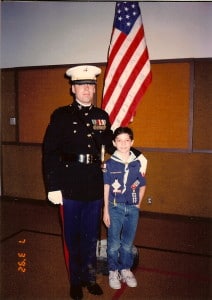 I joined the Marines in 1982. During my 13-year Marine Corps experience I moved through the ranks from Private to Captain. I received a prestigious and highly competitive scholarship (MECEP – Marine Enlisted Commissioning Education Program). I left the Marines in 1995 to work for Nike. My Marine Corps assignment highlights include:

Nike was an excellent transition from the military to the private sector. The Nike attitude and approach was surprisingly similar to that of the Marine Corps’ doctrine. In essence, both strategies called for quick movement, keeping competition off balance, and seizing targets that have high impact and yield strategic value – all principles that I embody. I held several positions at Nike including a final assignment as the Director of IT for the Americas Region.

Other professional positions include: Director of IT for Sequent Computers, Vice President for FB&B Consulting Group, Vice President of IT Operations for CorVel Corporation, and several entrepreneurial ventures.

Adolescent Leadership Development, Building a Case for an Authenticity Framework

As a Marine in Okinawa, Japan I lived off base with my wife and children and gained a great appreciation for foreign customs, traditions, and business processes. I made a point to live on the local economy and become integrated in the community. At Nike I supervised IT Managers in Chile, Argentina, Brazil, Mexico, and Canada. I traveled extensively, supporting the initiatives of those countries while implementing new enterprise operating standards. As part of the CIO’s leadership council I traveled to Hong Kong and Amsterdam to participate in global leadership conferences. While at Sequent I supervised personnel in Weybridge, England (near London). As a group we collaborated extensively to develop a set of international customer management requirements for the company. As a consultant to the Avraham Y. Goldratt Institute, headquartered on the edge of the Yale campus in New Haven, CT, I helped develop an international approach to their supply chain and project management services and traveled to Germany in that capacity.

I was the varsity basketball coach for a program that had some difficulties surrounding it. We had to rebuild the system along with the community’s confidence in the program. During my time as the head coach I had the privilege of working with one of my daughters and it was an amazing experience. The team went from winning 4 games to the playoffs in one year. My daughter was selected to the All Star team and it was an incredible opportunity to watch her play. 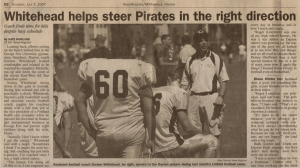 I was the offensive coordinator for a championship high school football team as well. This was one of the most intense coaching experiences of my life. During my time in this role the head coach, who was famous in Oregon as  the “winningest coach in Oregon high school football history,” became seriously ill and died. 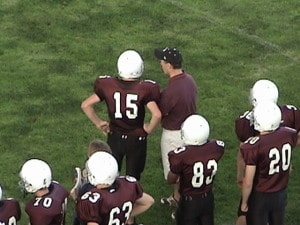 My son was one of the quarterbacks, and later became the main quarterback for the Dayton system as we continued our long string of successful state playoff appearances. I used my leadership experiences to help transition from one era to another while maintaining the culture and history of what had been built for the previous 42 years.

My private life is dedicated to family and volunteer activities. My wife Diane and I have eight children and we are both actively involved in service in our community, church, and especially the lives of our children and grandchildren.