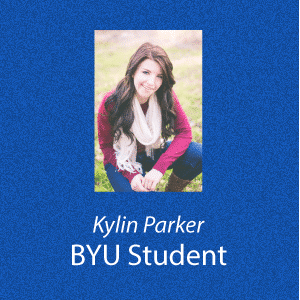 Kylin is currently a junior at Brigham Young University studying Business Management with an emphasis in Organizational Behavior and Human Resources. She grew up in Texas where chopping wood and harvesting pecans became a regular pastime. In her free time at BYU she enjoys dancing, attending psychology seminars, and playing intramural sports. Her dream job would be to work for the World Health Organization in a role where she can lead meaningful change.

Why I Chose Les Miserables

Written by Victor Hugo and published in 1862, this French historical novel has long been considered one of the greatest works of literature in the 19th century and is still revered today. Since its publication, there have been numerous translated editions, film adaptations, and musical productions. My first exposure to this incredible story was through a cousin’s local theatre performance. Along with the desire to be more culturally literate, the deeply moving plot, application to society, and its personal witness of change, influenced my decision to read the novel and challenge myself to critically apply it to human resource management.

Set between the years 1815 and 1832 with a culmination during the summer rebellion in Paris, the novel primarily follows Jean Valjean as he changes his life and devotes it to those around him. As a backdrop to Valjean’s life, the beginnings of the French revolution are in motion as shown by the organization and execution of a student led rebellion. In the end, all of the students die for their cause, serving as a catalyst for change in France. The main antagonist, Javert, faces his own transformation as he spends years hunting Valjean in the name of the state, yet faces personal conflict to do the right thing. Throughout the novel, Hugo delves into questions of laws and grace, justice, religion, and leadership.

Les Miserables is a very difficult book to draw business conclusions from as it is more readily applicable to social justice and betterment. However, there are two key lessons about leadership that can be productively applied to human resource management. The first is the realization that change in an organization starts with a leader, regardless if the individual is formally recognized in the organization as such. The second is the importance of leaders establishing cultures that are open to new ideas.

In an article studying and applying the literature on ethical leadership, Silke Eisenbeiss outlines four orientations of an ethical leader that lead to growth and change (Eisenbeiss, 2012). The first, humane orientation, is a leadership style where the leader focuses on the individual and what would be best for them. In Les Miserables, Enjolras, a young student with no recognition by France, showed such leadership by adhering to a set of principles that would be for the benefit of all the people. By believing in an altruistic cause for the good of mankind, the fellow students in his organization could see him as a trustworthy leader and in the end they all die for their conviction for democracy. As human resource managers, an effective way to gain trust and elicit change is to believe in a cause or mission that aims to better the lives of employees and customers and not the monetary value or status of the organization. In a broader sense, Hugo shows that the breakdown of society hinges on those who rule it. In our current world, every person has a sphere of influence and caring about people, not things or institutions, is what brings about positive change.

Lesson 2: The importance of creating a culture open to new ideas

Hugo makes a point of establishing the state of France and the grievances the general population have against the monarchy’s rule. In this society, there was no room for citizens to bring their ideas to the leaders and because of that, a rebellion surfaced. Likewise, in companies when there are no leaders to establish a culture of acceptance, whether in a team or organization as a whole, rebellions can occur in the form of unions, gossiping, or even in a lack of dedication and loyalty to the company. Human resource managers should actively work to make sure every person feels they have a voice. Companies need to be sure their employees know that their culture and system allows for the expression of new ideas and opinions; this can be done in many ways including surveys, personal interviews, blogs, or websites. It is also imperative that the company then spends time thinking about and incorporating the thoughts of their employees.

Why I Will, or Will Not Encourage Others to Read This Book

In describing his desire for the novel to his publisher, Hugo wrote, “Social problems go beyond frontiers. Humankind’s wounds, those huge sores that litter the world, do not stop at the blue and red lines drawn on maps. Wherever men go in ignorance or despair, wherever women sell themselves for bread, wherever children lack a book to learn from or a warm hearth, Les Miserables knocks at the door and says: ‘open up, I am here for you’”(Behr, 1989). I echo that as why I will encourage others to take time out of their busy lives to read this novel. It can open hearts and minds to the social injustice of the world, inspire change, and bring a new perspective with which to view ethics, government, and the individual within our world. Beyond the perspective it gave me on life, this book took hours of thinking to relate it to human resources and I learned a lot about different methods of analysis and critical thinking. There are many wonderful books out there that may seem unrelated to reality, yet trying to find an application can be a learning experience that makes a lasting impact.